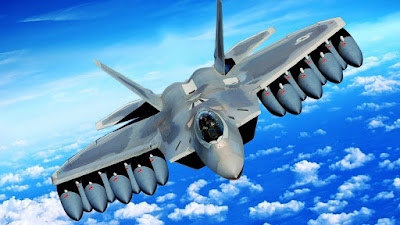 The United States of America Army used many powerful weapons from guns to assault weapons. Following is the list of the most powerful American military weapons.

The Auto Assault 12 or commonly known as Atchisson assault shotgun developed in 1972 by Maxwell Atchisson in the Unites States. It is a fully automatic and can fire at a rate of 300 rounds per minute. The design of the gun was perfected over many years. It has wide applications in close warfare. Now this gun is used as a mounted vehicle on the unmanned aerial vehicles. If you remember, this gun has been featured in The Expendables movie. 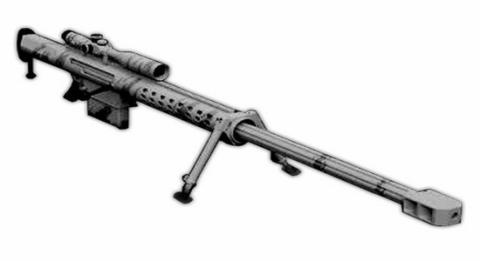 The Anzio 20MM sniper rifle is the first American anti-material designed by Anzio Iron Works. It is a big gun with around 2 meter length and over 130 pound weight. It is divided into three categories according to cartridges size. This gun has massive power and can fire more than 4500 meters. Mostly used at the border or home defense. But it has a con that it’s quite difficult to carry while running. 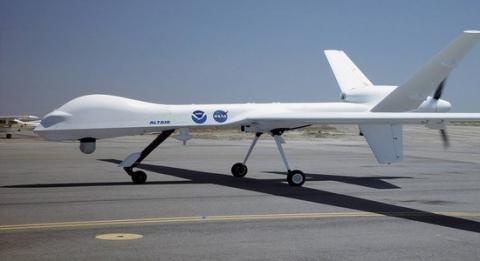 The General Atomics MQ9 Reaper is commonly known as Predator Drone. It is an unmanned aerial vehicle which is capable of remote controlled flight operations. It was included in service in 2007 and used by the United States Air Force to protect the border. It is controlled by a ground based system. This predator drone has a powerful 950 HP engine and can fly up to maximum speed of 300 mph. It also has the capacity to fly with more than 1700 kg ammunition included a laser guided bomb. 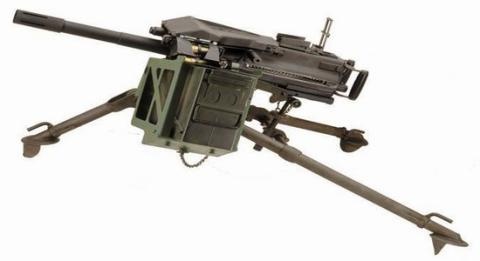 The MK19 automatic grenade launcher is a 40mm grenade launcher which originated in the United States of America during the cold war. This machine can fire grenades with a maximum effective range of over 2200 meters. It is a heavy gun and takes two people to operate it. Now it is widely used by many armies across the world. It is also used on the attacking vehicles such as Humvee and Stryker. 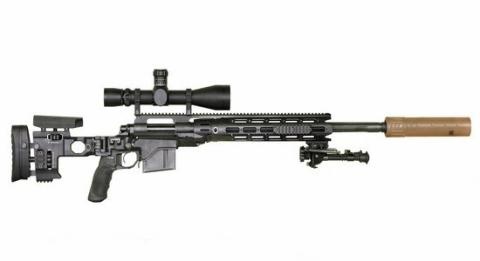 The XM 2010 sniper rifle is a powerful and deadly sniper rifle originated in the United States. It was designed for the war in Afghanistan for better engagements in mountains and desert terrains. It is 5.5 kg in weight and 46.5 inches in length. It features a sound and flash suppressor and a thermal sleeve. This gun is only used by the United States Army. It also features a sniper night sight vision and .300 Winchester Magnum cartridges. 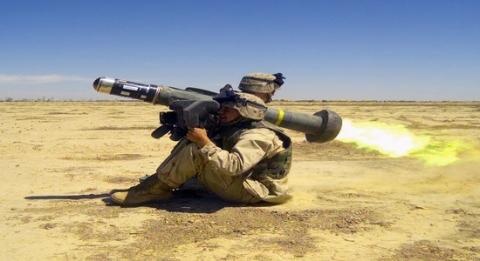 The FGM 172 SRAW is a short-range assault weapon originally originated in the United States in 2002. It has a single shot cartridge with a powerful muzzle velocity of over 560 mph. Before launching it, the sensor measures the target speed and direction. According to its power, it is very light in weight and can be easily carried by soldiers. 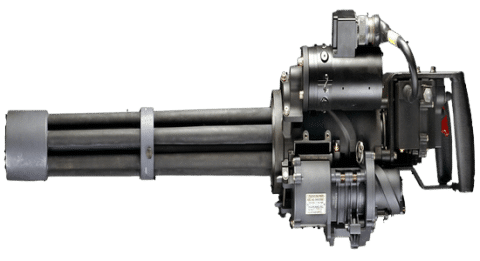 The M134 multi barrel minigun is a powerful machine gun which can fire up to 6000 rounds per minute. It uses an external power source such as an electric motor. It was first originated in the United States in 1963 and later revised. It is a heavy gun and unable to carry by a soldier and always mounted on the helicopters and other vehicles and most of these subsystems being created by the United States. 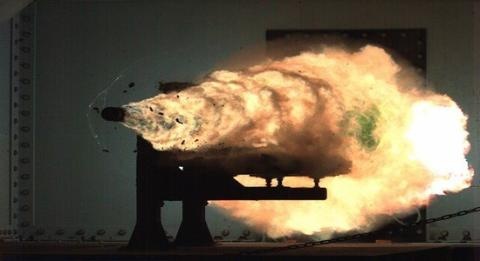 A Railgun or General Atomics Blitzer is an electrically powered electromagnetic projectile launcher. It has two conducting rails through which a projectile is accelerated by the electromagnetic effect and flows down through first rail and come back along the other rail. In 2008, the US Navy tested a railgun that accelerates a seven pound projectile to hyper-sonic velocity i.e. 8600 km/h. This weapon is still under tests and scientists working to turn it into reality. 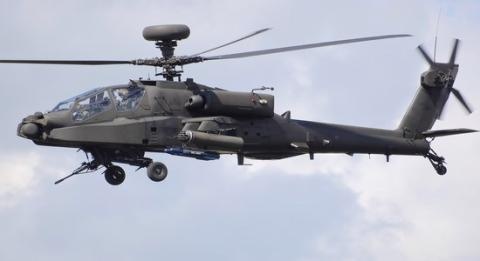 The Boeing AH 64 is an attack helicopter, powered by four blade twin turboshaft engine. One of the best features of the Apache was its head mounted display. It is built for close combat attack and carries an automatic machine gun and many other air to ground rockets. It also features a new engine design which makes it better than any other helicopter. It can fly up to maximum speed of 290 km/h with over 10,000 kg take-off weight. 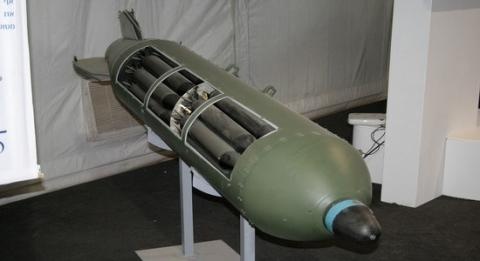 The CBU-97 sensor fused weapon is one of the most powerful weapons used by the US Air Force. It is also known as non-guided. It was first used in a combat in Iraq in 2003. It is only 420 kg in weight but considered as a powerful bomb and can spread penetrators over an area of 15 acres. US military is deciding to sell its variant bombs to many other countries.